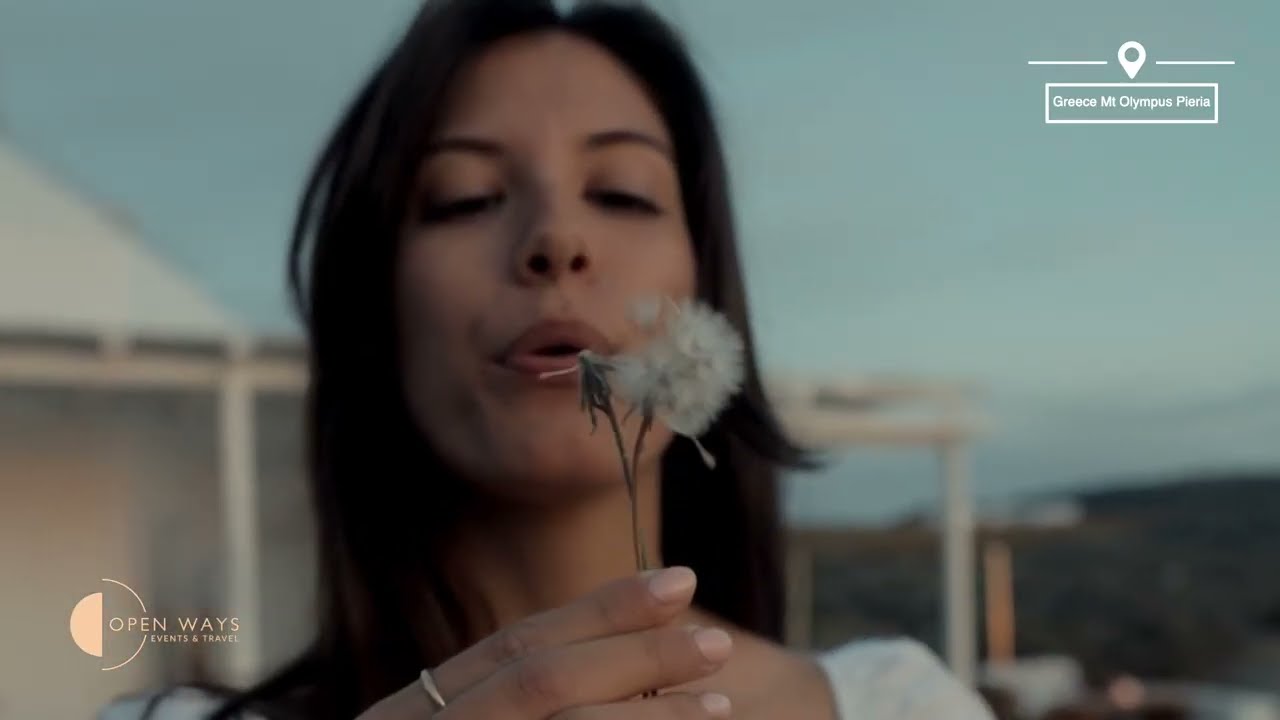 Are you looking to escape to a magical place away from the hectic daily life or seeking to expand your knowledge and intrigue your imagination? Would you like to better understand yourself and enjoy new experiences, or do you just want to get your adrenaline rushing? If yes, then Mount Olympus is your destination-waiting for you to explore its mythical paths and live your own myth.

Mount Olympus has been a source of inspiration for countless myths featuring ancient Greek Gods, heroic legends, and mythical creatures. The place is clouded with mystery, and rumor has it, that its electromagnetic field is so strong that it has attracted extraterrestrial visitors! The rivers, valleys, waterfalls, and peaks of Olympus constitute spectacular and majestic scenery. At the foot of the Mountain, we can trace the sacred city of Dion- one of the top archaeological sites of Greece-an ancient town whose ruins are still preserved today.

During the Antiquity, Mount Olympus, and the territories of Pieria, Thessaloniki, and Imathia used to be the heart of the famous kingdom of Alexander the Great, (Dion, Pydna, Vergina/Aigai). Today, these regions are part of the Central Macedonia District in Greece. Rushing mountain streams, majestic summits, picturesque villages off the beaten track and no stress anywhere to be the seen-the area is full of friendly people and tranquil touristic destinations- some are hidden away at the end of the valley, while others are just a stone’s throw from some of the region’s main transit routes or major cities such as Thessaloniki, the capital of northern Greece.

There are secret paths waiting to be explored and a vast culture encompassing Mount Olympus waiting to be experienced. “MYthic paTHS” constitute a unique travel experience throughout the year -whether it’s summer, winter, or spring- and are adapted to the specific preferences of their visitors, i.e. as athletes, artists, nature lovers, families, and older people. People with disabilities or special needs are welcomed and honored and special arrangements are made to make them comfortable and welcomed-ensuring that they are treated with respect, in the spirit of Greek hospitality.

“MYthic paTHS” offer visitors a lifetime experience where they discover new destinations, are introduced to different ways of thinking, bond with locals, and, above all, respect the environment. They suggest an authentic high-quality touristic experience at the place that gave birth to the ancient Greek myths. It is not only a journey back to the heroic past but also a living myth, as it can be a once-in-a-lifetime experience where you have the unique opportunity to discover your true self.

“MYthic paTHS”-the title describing this sustainable touristic proposal-can be interpreted in two ways: on the one hand, it refers to the Olympus area, its diversity, and breathtaking beauty that gave birth to the myth of the 12 Gods of Olympus. On the other hand, it refers to the touristic experiences, where visitors -by learning about the myths, history, culture, folklore, and people of the region- have a once-in-a-lifetime chance to be part of an unforgettable and mythical journey. Thus, they “discover themselves” whilst being away from the pressure of everyday life. They also get to have an overall picture of the past and modern history of the place they are visiting, gain new experiences and try different tastes and explore “mythical” places of indescribable beauty in alternating green and blue landscapes (mountain – sea). Through this touristic concept, the visitors will fully appreciate the area and will have a unique travel experience filled with authentic activities, aiming to help them not only relax by exploring new destinations but also to broaden their horizons, nurture their spirit, acquire new skills, understand the world and the environment, taste, feel, have fun in a new and sustainable way.

PRESENTATION OF THE AREA AND MAIN ASSETS:

Mount Olympus is the highest mountain in Greece (2,918 meters) and the second highest in the Balkans, known worldwide as the home of the 12 Gods of Ancient Greek mythology. It is located in Northern Greece, almost 110 km away from the airport (SKG) of Thessaloniki, the second-largest city in Greece. Mount Olympus has 52 peaks and deep gorges. At its foot, the village of Litochoro is the situated-the gateway to the Mountain of the Gods. It has been a National Park -the first one in Greece- since 1938. Shortly afterwards, the Greek Ministry of Culture declared Olympus an archaeological and historical site due to the variety of its monuments. In 1976, Olympus was included in the European Network of Biogenetic Reserves and in 1981 UNESCO included Olympus in the list of “World Heritage Sites”. It is also a World Biosphere Reserve.

Whether you’re looking for an authentic experience to help you unwind or an escape in nature, Mount Olympus-the legendary mythical home of Gods in Northern Greece- is the place to be. The nature of the entire Central Macedonia Region remains stunningly gorgeous, during visitors fascinated by the Greek countryside. Eco-tourists will rejoice with the hiking, trekking, and mountaineering activities offered all year round. During the winter, the ski resort of Elatochori will keep snowboarders and skiers happy, whereas during the summer the area of Olympus-Pieria can be a great destination, as it is not only a swimming resort but also can help you escape from the hot summer days, situated as it is near the mountains.

For 6-9 persons the full package of 10 nights/11 days per person in double room.

For 10-15 persons the full package of 9 nights/10 days per person in double room.

For 10-15 persons the full package of 11 days the per person in double room.

For 9-15 persons the full package of 7 nights/8 days per person in double room.

For 9-15 adults the full package of 10 nights/11 days per person in double room.

For 9-15 persons the full package of 8 nights/9 days per person in double room.
Greek Courses not included with this price.

For 9-15 persons the full package of 3 nights/4
days per person in double room.

For 6-10 persons the full package of 10 days per person in double room.

for 2-16 persons the package of 6 nights/7
days per person in double room.

LIVE YOUR MYTH. EXTREME SPORTS from Mountain to the Sea